On Wednesday, March 1, 2017, the Boxing Writers Association of America announced its winners of the 14th annual BWAA photography contest.

Among those honored were Round By Round Boxing‘s Marilyn Paulino and Julio Sanchez.

Sanchez, a first-time entrant, took first place in the action category for a stunning and bloody image of a Middleweight clash between Quilisto Madera vs. Joe Louie Lopez.

I caught up with the award-winning photographers who each shared their earliest memories of boxing, their recollections of each photo and their undying passion for the brutal, but sweet science.

Sanchez, who recalled his earliest memory in boxing involving a swift punch to the face, knew he always wanted to be involved with the sport in some capacity–even if it wasn’t as a fighter.

“I love boxing so much, ever since I was a little kid,” said Sanchez. “I had a dream of boxing, it’s just all I knew. Just like some kids dream of the NFL, NBA and baseball, that was my dream, to be involved with boxing, somehow and someway.”

Although he gave up lacing up the gloves years ago to focus on his professional career, Sanchez was drawn back through the lens and really began pushing himself to shoot more fights in July of 2016.

After shooting his friend and Top Rank fighter, Guy Robb, in August of 2016, Sanchez said he fell in love with the excitement and crowd–and he hasn’t looked back since.

Paulino can remember her parents always having boxing on in the house and the importance of figures like Muhammad Ali and Marvin Hagler.

Her venture into shooting boxing fights came on a whim when she borrowed a camera from work.

“I work in an environment, for an art college, where I have equipment that I can borrow whenever I need to,” said Paulino. “One day I decided to use a professional camera to go to a fight—I had gotten two tickets to a DiBella Entertainment show with my sister Julie. So I took some photos from my seat throughout the night and when I got home I popped in the card into my computer and I instantly fell in love.”

Passion is what continues to drive Paulino, who loves finding deeper stories within her photos.

“It’s these little things that surface that aren’t visible to the eye that tell the bigger story,” said Paulino. “Finding these little moments with so much passion. These people go into the ring and it’s not guaranteed that they are going to come out.”

“It’s very important to know and love the sport,” said Paulino. “I think that makes a world of difference. If you are passionate about the sport you’ll be able to take some kick-ass images.”

Sanchez, who had never entered a contest and only submitted to the BWAA on a suggestion from Paulino, remembered the Madera vs. Lopez bout being a bloody one, but beyond that said he really didn’t know what he had captured until the day after.

“I was going through my photos the next day and I had no idea what I had,” said Sanchez. “But when I came across that image I said, ‘huh, this might be a really good picture’.”

“It’s true what they say,” said Sanchez. “If you see the photo you’ve missed it.”

As for Paulino, she excitedly recalled the moment of Frampton and trainer Shane McGuigan celebrating their victory over Leo Santa Cruz at Barclays Center.

“This man went bonkers. I think he lost it more than Frampton,” said Paulino of McGuigan. “When I was going through the images it was visual confirmation because he had a closed bottle of water in his hand and he squeezed it so hard that it burst.”

“I think what I love more about that image–even more than Frampton–is McGuigan with the water bottle. It just tells the entire story,” said Paulino.

Paulino, who was ringside for Green vs. Lee, says that it is one of the more memorable fights she’s ever had the privilege of shooting.

“That had to be one of the best live fights that I’ve seen,” said Paulino. “It was very well matched and they both went hard. Ian was a bleeder, when I got home there was blood everywhere.” 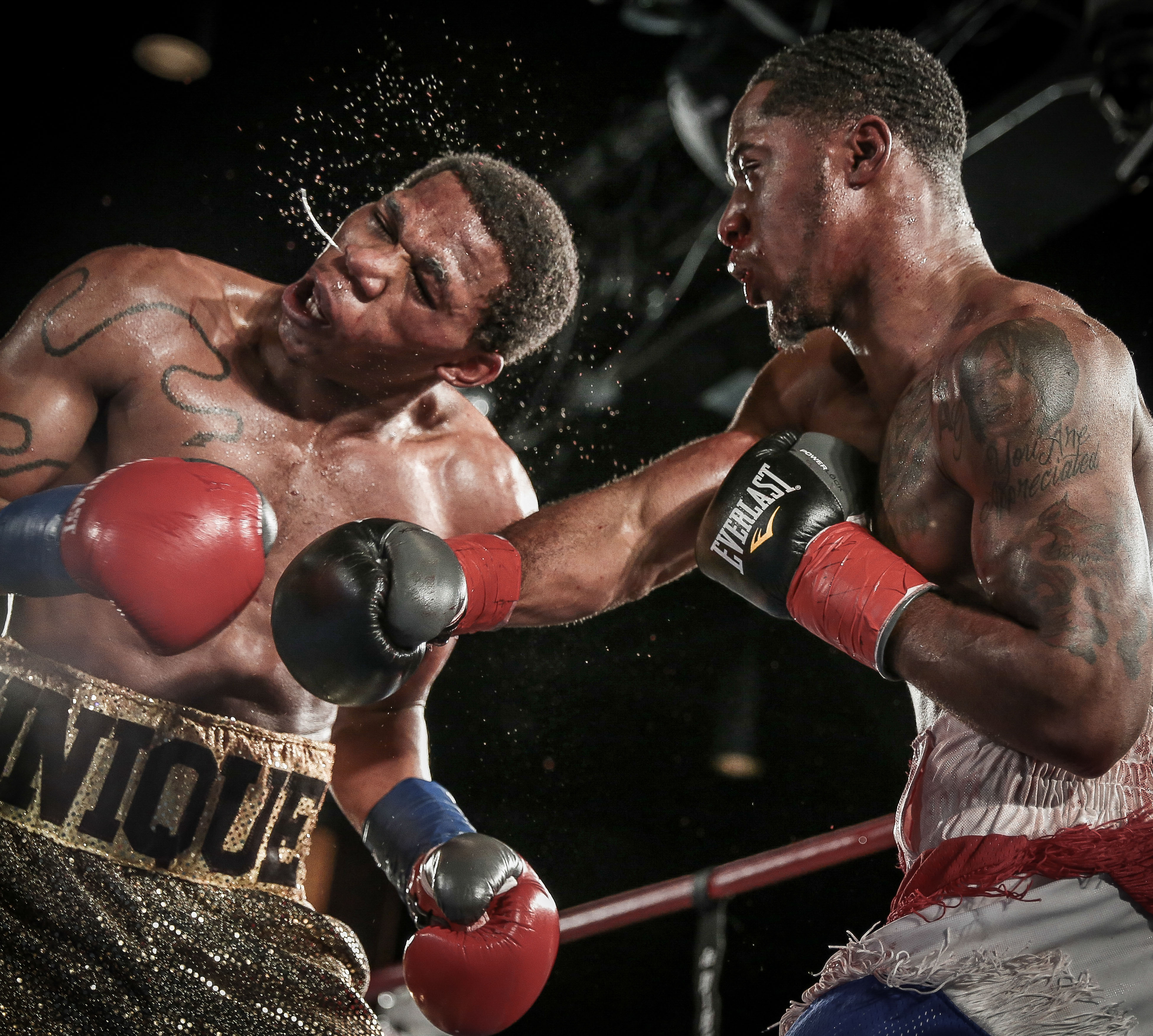 Both Sanchez and Paulino have wishlists of fighters they’d love to shoot in the future. Not surprisingly, one fighter made both lists.

“[Vasyl] Lomachenko! He’s the total package and I’m sure many people would say the same thing,” said Paulino.

Regardless of who crosses the path of her lens next, Paulino is grateful to every boxer that she shoots.

“All the boxers that allow me to get in their faces and allow me to document the good times and the bad. The work I put out, I do with the utmost respect and appreciation and I hope it shows,” said Paulino.

About the BWAA Awards

This year’s winners include Carl Frampton, as the Sugar Ray Robinson Fighter of the Year and the first Irish fighter to ever win the award in its 79-year history; Francisco Vargas and Orlando Salido, as the Muhammad Ali-Joe Frazier Fight of the Year recipients, and Lee Samuels, as the Bill Crawford Courage award winner.