Despite being ranked the No. 2 pound-for-pound boxer in the world, there is an argument that Sergey Kovalev is still not getting the plaudits and recognition that his career to date certainly deserves.

Not that the Russian will be complaining. He is happy to fly under the radar, particularly for the biggest fight of his career, his forthcoming showdown with Andre Ward.

That fight, due to be shown on HBO Pay-Per-View is likely to be career defining, whichever way it goes. Win and he will rightly be hailed as one of the best boxers of his generation. Lose, and he will just be another very good fighter who got found out when he stepped into the ring with someone who was truly world class.

So what’s the story with the unbeaten Kovalev? Why doesn’t he–especially in the United States–get more recognition? And what is likely to happen on November 19?

Don’t get me wrong, there are many people–fellow fighters, trainers and the media–who recognize Krusher for what he is: a fantastic world champion with incredible knockout ability.

But for someone with those characteristics, with an undefeated professional record, it is surprising he hasn’t found the global fame and accolades that have gone to certainly less deserving boxers in recent years.

There are several reasons for this, but first a couple of reasons why it isn’t the case.

25 of his 31 pro fights have taken place in the United States. Four of his remaining fights took place either in Canada or Great Britain, and in fact he has only fought in his native Russia four times, including his last fight against the durable Isaac Chilemba in July.

There have been world champions in recent years, particularly those from the ex-Soviet States and Germany who were often unwilling to fight away from home, and their international popularity and ability to make big paydays suffered as a result. 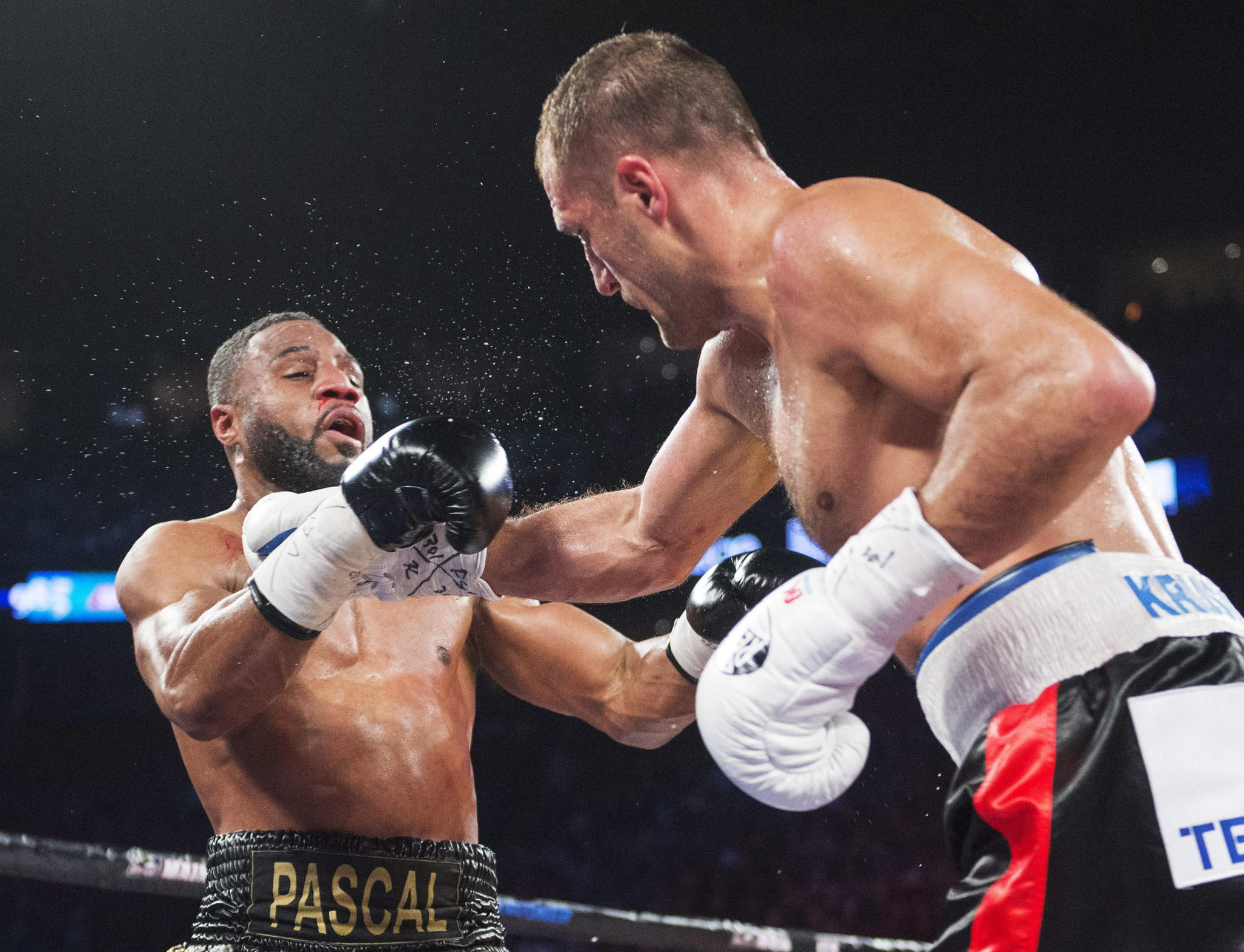 He also has a style that is meat and drink for fight fans. Floyd Mayweather became a global sensation despite his boxing style. You can probably say the same about his opponent at the T-Mobile Arena in November.

That is not an accusation that can be thrown the Russian’s way. 26 of his 30 wins have come by way of knockout, 21 of those inside the first three rounds.

He has some of the heaviest fists in the game, and is certainly not scared to use them.

There are two main reasons Sergey Kovalev hasn’t achieved the worldwide stardom that he really should have. The first is in the shape of Gennady Golovkin.

If the West only has the appetite for one explosive ex-Soviet bloc boxer, then GGG has taken that role. Boxing is reemerging from a fallow period, and it is exactly fighters like this who fans–and networks–are crying out for.

Someone who is pure blood and guts, who has the ability to genuinely knock out anyone who steps into the ring with him, should have TV execs queuing up outside his changing room door, check books at the ready. The other reason for his relative obscurity is the paucity of talent in the Light heavyweight division. Impressive though his record is, there are no big names that jump off the page.

An aging Bernard Hopkins and Nathan Cleverly are standouts, and perhaps Jean Pascal, but none of those are real box office.

That isn’t Kovalev’s fault. He is clearly better than anyone else at that weight, so in order to get a huge fight he was always going to have to move up or down a division, or wait for someone to do likewise.

That is why the Ward fight is absolutely perfect for him. Especially as he is staying at 175 pounds.

What happens on November 19? In the eyes of the bookmakers, Ward is a slight favorite. This despite only two fights at that weight for the American, one of those against a 100-1 outsider.

No matter who you speak to, and no matter who they think will ultimately get their hand raised, the common consensus is that if it goes to points, then Ward will win. Ward does possess knockout power–15 of his 30 wins have been by knockout– but it isn’t in the same league as Kovalev. Plus he is stepping up in weight.

On the flip side, the same consensus says that for Kovalev to win he is going to have to knock Ward, The Son of God out. Just as Ward will see a difference in the effect punches he lands will have on his opponents at 175 pounds, he will also be facing a bigger puncher than he has ever fought–by a distance.

Kovalev has been knocking out–and knocking out big–Light heavyweights and Cruiserweights his entire career. Time will tell what happens to Ward when he gets hit by one or more of Kovalev’s bombs.

Let’s be clear about one thing, there is no way that in 12 rounds of boxing, Ward will not get hit. That is the key to the whole fight. If either boxer can put a question mark into their opponent’s head, it could very well dictate the fight.

If Ward gets hit early on and gets hurt, he will find it hard–even with the immense talent he does possess–to put himself in a position where he will pick up enough points round on round to win the fight. And that is assuming he’s still on his feet.

Conversely, if he takes some of the Russian’s best shots and shrugs them off, where does Kovalev go from there?

However, these theories play into one of the common misconceptions about Kovalev. That he is a one dimensional fighter who purely relies on his devastating power. That is far from the truth. Kovalev is a very skilled boxer.

He also has a lot better fighting brain than people give him credit for. True, his ring craft is not in the same league as Ward, but as he showed against Chilemba, he can be patient. If plan A doesn’t work, not only has he got other options, but he has the ability and mindset to use them.

That is why you should discount Kovalev at your peril. Arguably the best trainer in history, Freddie Roach, thinks he is untouchable at this weight. Whatever happens on November 19, both of Kovalev and Ward’s career will be shaped and–for Kovalev in particular–defined by it.

Win lose or draw, a rematch is likely. Otherwise where else does Kovalev go? He has already shown that he has far too much for Cleverly to handle, who has just come off a good, if unconvincing win in Germany.

Once again he could be running out of meaningful–and exciting–opponents. But that is a way off yet.

There is the small matter of the fight of the year–and maybe the decade–yet, so roll on November 19.