Julio Sanchez/Round By Round Boxing

Last year, Saul “Canelo” Alvarez (49-1-2, 34 KO) met undisputed Middleweight champion Gennady “GGG” Golovkin (38-0-1, 34 KO) at the T-Mobile Arena in Las Vegas. Thanks to the scoring by judge Adelaide Byrd that can only be described as incompetent, the fight ended in a split draw.

Now, just short of a year from the draw in Las Vegas, the two Middleweights will clash again on September 15, 2018. The drama around the fight has caused both fighters to lose all respect for each other, and everything thrown on the 15 will be thrown with bad intentions.

Canelo has something to prove to the world in this fight, as he failed a drug test at the end of the first match. Since that information has come out, Golovkin and the boxing world have tormented the Mexican fighter, reducing his positives from the last fight down to PEDs.

In an attempt to overcome the newfound drama surrounding his name, Alvarez has trained harder than ever, desperate to clear his name and defeat Golovkin convincingly.

In a media conference call, Canelo made it clear that his intentions on the night were to knock his Kazakh opponent out.

What three things could the Mexican fighter change in his approach to live up to those intentions? During the last bout, Gennady Golovkin was hit with an overhand right that made the entire stadium wince in pain. GGG however, took the punch and shrugged it off as if he had not been hit at all.

If there was anything we learned from that punch, along with the entirety of the first fight, it is that Golovkin is not going to be knocked out with a single punch. In order to knock out Golovkin, Canelo Alvarez will first have to check himself mentally.

In the first fight, Canelo clearly respected GGG’s power, so much so that it looked as if Alvarez feared his Kazakh opponent. Canelo must respect GGG’s devastating power whilst still exerting his own attacking prowess and take over the role of the aggressor at points.

If Canelo can focus on being more on the offensive in the rematch, his power and speed will wear Golovkin’s mental fortitude down as the rounds continue. 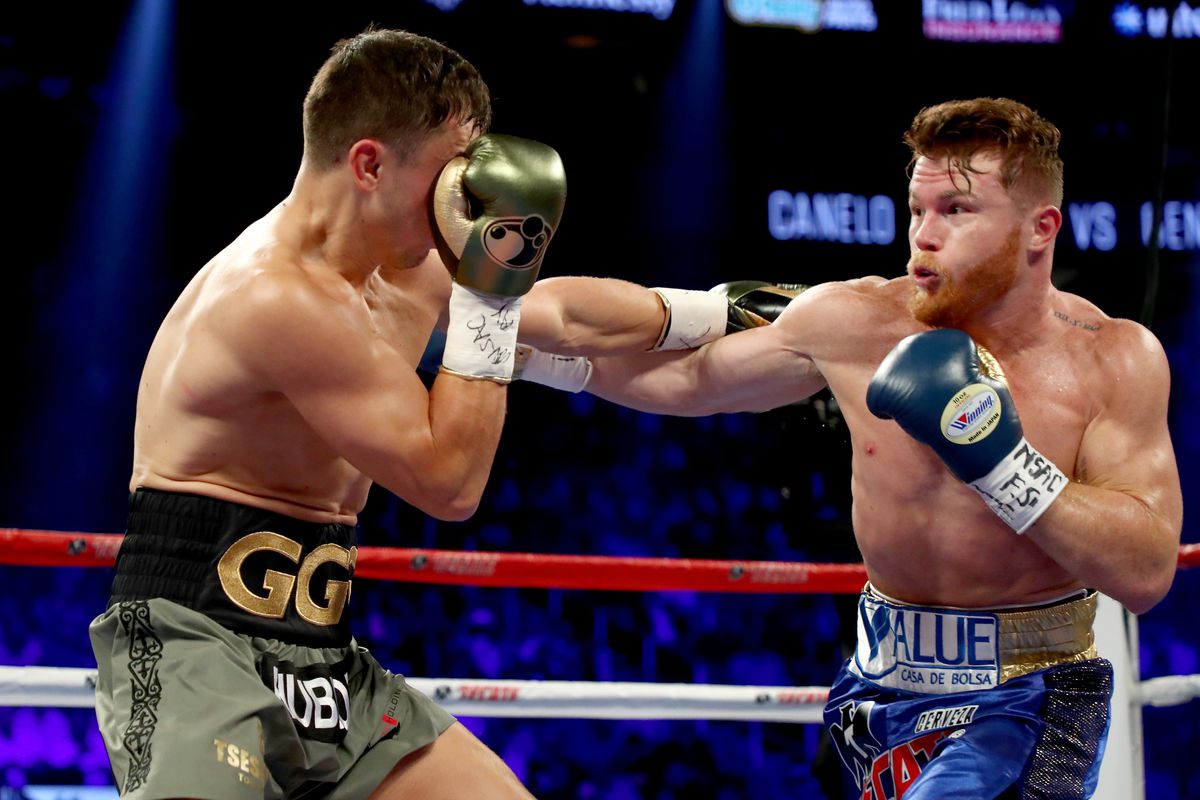 Canelo Alvarez lost a few crucial rounds on the judges scorecard in the last bout due to seeming too content to lie back against the ropes and defend against Gennady Golovkin’s attack.

Though it showed the audience how impressive his defensive work was, the judges will often score in favor of the busier fighter.

In order to sway the judges scorecards his direction, as well as enforcing the “I can both attack and defend better than you” mindset, Canelo must keep the fight off the ropes as much as he can, meeting his opponent in the center and perimeter of the ring. In the first bout, Canelo Alvarez saw varying amounts of success, but Alvarez easily looked at his best when he consistently switched out his distances.

Canelo’s shining moments in the fight mostly began the same way: stepping in, using his superior speed to throw a combination through Gennady Golovkin’s guard, then darting out of his reach before Golovkin could fire back.

If Canelo can perfect this skill and use it more often on September 15, he will be able to frustrate Golovkin and coax him into making a mistake that could cost him the whole fight.