The Middleweight clash between Curtis “The Cerebral Assassin” Stevens (29-5, 21 KOs) and hard-punching Canadian David Lemieux (36-3, 32 KOs) is an interesting matchup that will certainly have an impact on both fighters’ immediate careers.

Regardless, on March 11 the fans should be in for an interesting night of boxing at both the live venue at Turning Stone Resort and Casino in New York and via HBO.

How interesting exactly? Bite down on your mouthpiece and slip through the ropes for a deeper dive into the mechanics of this bout that will answer that and determine a winner and explain why.

The weight doesn’t lend itself as a big advantage to either fighter which is somewhat refreshing in a time that catch weights have become relatively status quo.

Early in his career the 5’9 ½” David Lemieux competed as a Super Welterweight, however he has been a Middleweight for the vast majority of his career and doesn’t appear to have any problems comfortably making the 160 limit.

Stevens is giving away 2 ½” in height, however he has fought as high as Super Middleweight and Light Heavyweight, finally settling in at the 160-pound limit about seven years ago.

By quickly looking at the rounds boxed, it would appear that Stevens has the edge in experience. Interestingly, Lemieux has five more professional fights than Stevens, though boxed 26 less rounds.

It’s safe to say that the Canadian fighter has the edge in power in this particular match. Curtis Stevens and David Lemieux are ranked second and third respectively by the WBC and in the top 10 of all the sanctioning bodies with the exception of Lemieux who does not appear in the WBA top 15.

The possible alternative could be a matchup with Billy Jo Saunders who has the remaining title at Middleweight, the WBO strap, though he may prefer a unification fight with GGG.

During the press conference Lemieux made his point of view and strategy very clear he approaches March 11.

Stevens, who is known to talk a good game, was more subdued. 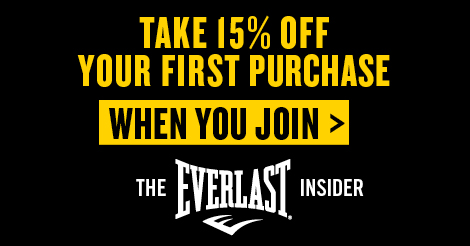 Curtis Stevens is a patient fighter with good boxing skills and a decent chin. The majority of his losses have come via decision and a stoppage loss to Gennady Golovkin is no indication of a suspect beard.

He is an intelligent fighter who sets up his shots well and has the ability to set traps for his opponent.

On the defensive side, Stevens also has the skills to frustrate an opponent. Clearly, David Lemieux’s most substantial weapon is his power. He has the ability to change the direction of a fight with a punch or two at a moment’s notice.

He does have underrated boxing ability as well.

Lemieux can gather points as the bout continues however the scoring blows retain a supporting role to the power shots he is trying to line up. Curtis Stevens occasionally loses focus during fights and a mistake like can cost him the fight against a big puncher.

He sometimes becomes comfortable with doing just enough to win the round when it seems that shifting the gear will create a greater line of separation on the cards. David Lemieux has the same weakness that the vast majority of punchers have in common, impatience. He boxes well for a couple of rounds, but his body language betrays his intentions and he becomes somewhat predictable.

If the fight isn’t going Lemieux’s way, he has a tendency to become frustrated. This feeds off of the aforementioned impatience and causes him to become more wild and wide with his punches.

Curtis Stevens is a decent boxer and could use this to his advantage. You can expect Curtis Stevens to start the fight boxing well and pinning his arms to his body with gloves high to protect against David Lemieux’s inevitable early pressure, while positioning himself to counter.

Lateral movement will be a part of Stevens’ plan as he is doggedly pursued by a determined and confident Lemieux. He will land sharp counterpunches and win the first several rounds while absorbing a few hard shots from the Canadian.

Conditioning will play a role and Stevens will use more gas in an attempt to gain the tactical advantage, however ultimately it will not work in his favor.

In Round 8, Lemieux will catch up to a tiring Stevens and introduce him to the canvas. The game, but wounded New Yorker will rise only to be greeted with a volume of punches that prompt the referee to call a halt to the action.