The knockout came 32 seconds into the sixth round, off an exclamation point of a right hand, after a barrage of punches from the–up until that point–patient champion, who seemed content with stalking Hatley, picking his spots and countering.

The fight shouldn’t have lasted that long, as Charlo found a home for the right hand as early as the first round. But he patiently built his attack around the jab and his powerful right hand. Hatley never quite figured out how to mount his attack, gradually giving respect to the champ’s power shots.

In the third round, Charlo’s attack culminated into the first knockdown of the fight, when Hatley was floored–for the seventh time in his career–by a textbook one-two combination.

Hatley rose to survive the round, but had not yet regained his footing. The Dallas native was even staggered by Charlo’s crisp jabbing in the fourth round.

“I used that jab to set up the right hand,” said Charlo. “I knew Charles Hatley goes down and he gets back up–he’s a warrior–and I knew I had to get in there and be a lion.”

Unfortunately, the lion didn’t show up in the fifth round. The Barclays crowd showed their disapproval by booing the tempered pace of the fifth. While a wounded Hatley was desperately surviving the second quarter of the bout, Charlo remained calm and stayed behind the jab, sprinkling in the overhand right and the right uppercut.

It seemed like a completely different fighter, or the lion, answered the bell for the sixth and final round.

Charlo immediately unleashed a string of 14 power shots, including a beautiful side step, straight right hand counter that knocked Hatley out cold. The knockout was so dramatic, it should be considered for knockout of the year. 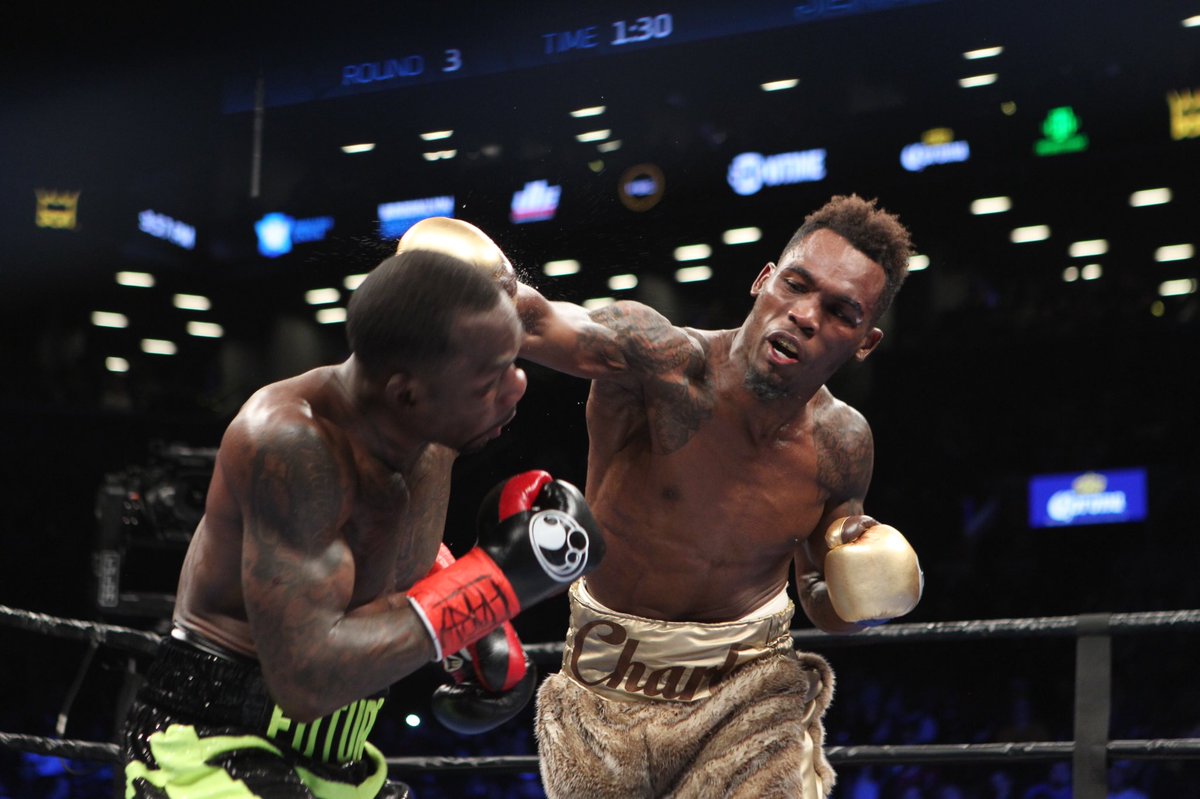 The Houston native was up on all of the judges’ scorecards, as he landed a whopping 52 percent of his power shots.

Going into the bout there was controversy surround Hatley’s usage of IV Vitamin Infusions, but it didn’t matter what extra help Hatley used as Charlo easily took care of business.

In speaking about his next move, a beaming Charlo responded, “I’m the champ, so I have to continue to fight my mandatory. They got a guy named Jarrett Hurd that took my brother’s title–we could unify.”

“The Charlo’s don’t play. This is what my life has always been like. The Charlo’s have strength and power and that’s what makes us who we are. My whole family and team are here and we’re doing our thing,” said Charlo.

The champion absolutely did his thing in his first defense. Let’s hope in his next outing he doesn’t wait so long to unleash the lion.